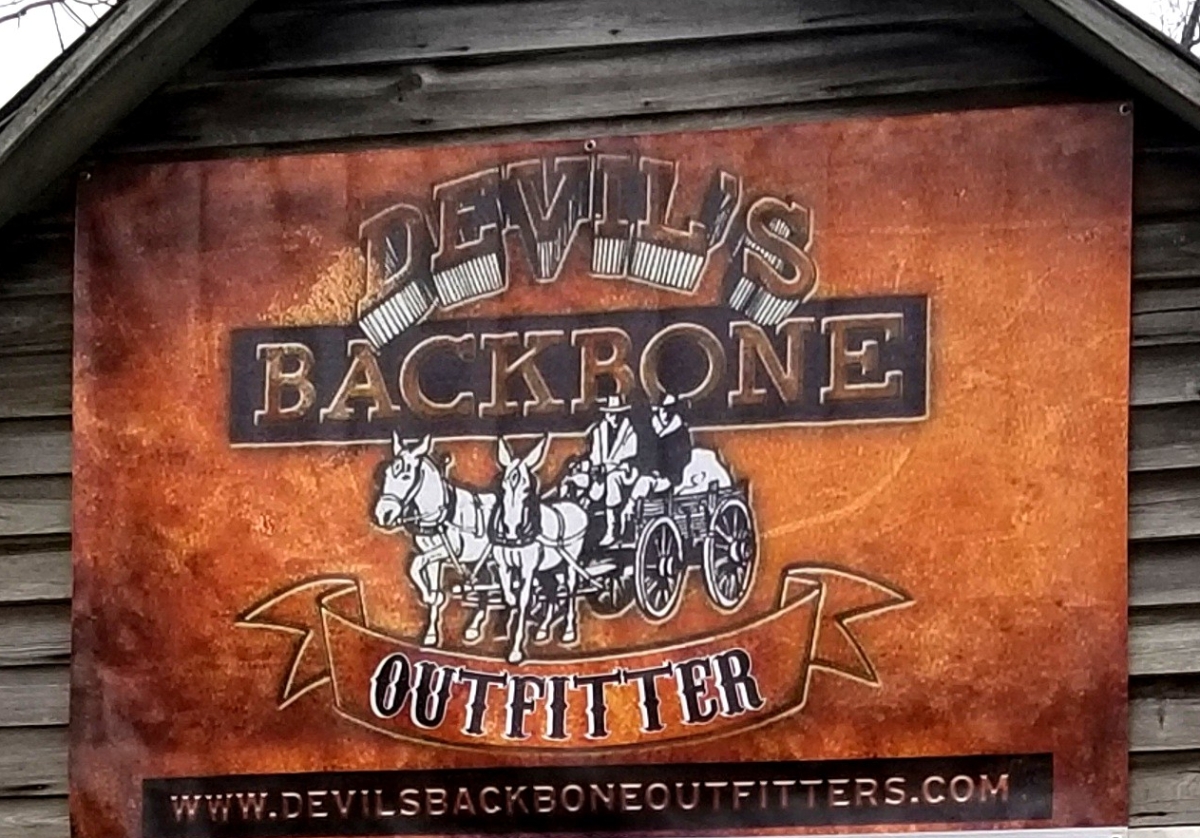 When you watch a hunting show, there are a couple of things you expect.

A kill. Great calling and response. Wisdom and knowledge of animals that don’t seem to be wise themselves.

Hunting, in reality is much harder. There are animals that will never respond to a call, and terrain that doesn’t allow for a shot longer than 20 yards.

If you want a real hunt, where success is never guaranteed, then I know the place for you.

Devil’s Backbone Wilderness Outfitters was started in 1987, by Joe Hollingshad. Offering a blast into the past, Joe lead wilderness trips on mule drawn wagons in the heart of Mark Twain Forest land, known as the Devil’s Backbone. Taking trips well beyond what a normal hunt would offer, guests would see sights that hadn’t been seen by other hunters in years. Specializing in turkey hunts, birds over 25lbs were normal, and as a client you could expect to hear 20 birds a day on the roost.

All of this, and the hunting was never easy.

Wary Eastern turkey have long been the bane of hunters existence, and there were no fields of food plots with blinds lining the woods. You hiked, you called, and hoped that at the end of the day, you would catch a tiny glance of a big, bold gobbler.

Fast forward to today. The birds are still wary, and you still have to work for every kill. The only difference is that the optics are better, the turkey loads reach out beyond 50 yards, and the guns hold more than the muzzle-loading guns of the old hunts.

Such is Devil’s Backbone Wilderness Outfitters. Now offering 1500 acres of privately managed hunting land, and management practices in place for both deer and turkey, the hunting has only gotten better, and will only continue to do so.

The turkey hunting is challenging to say the least. Birds are decoy shy, and you better be an expert with a call to coax the old toms out of their holes. Luckily for us mortals, Chance and Joe are experts with box, slate, and diaphragm calls. Specializing in the run-and-gun style, you’re in for a real treat. The greatest reward is the bird after a hard days work.

While the turkey rival any other Eastern turkey, the deer are something to note. Old, mature deer aren’t like the monsters of the north. A trophy deer is much harder to find in the south of Missouri, and to find a deer north of one hundred eighty inches is almost unheard of. To find a deer of the same size down south, you need a fence. A really big fence.

That deer may have had two more years of growth on him. Or not. In the Southeast of Missouri, people hunt for meat. Quality deer management is almost unheard of, and to shoot deer worthy of the Boone and Crockett books is just a pipe dream. The other downside to passing big deer in that part of the country? You may never see them again.

Deer in the area have an absolute advantage. There are thousand and thousands of acres of land, and the thickets are so rough that the best hunting dog in the world may still get caught. You may only have one chance at a deer of a lifetime, and you better take it.

At Devil’s Backbone Outfitters, they’re doing everything they can to concentrate the deer herd into the 1500 acres that they manage, and give hunters every opportunity to harvest the deer they have dreamed of. They have permanent stands set up for rifle hunts that they use year in and year out, that have been known to produce quality bucks. For archery hunters, the trail cameras set up around the farm promise to give a picture of the movement of deer, and give hunters the best chance to get in tight to the deer they are after.

In both situations, this hunt is not for somebody who needs their hand held. If you do, they’ll be sure to accommodate you, and put you where you need to be. If you want to harvest the best the farm has to offer, be prepared to learn how to really hunt the Ozarks.

If you need a turkey hunt, or a deer hunt. This is the place to go. Joe and his son Chance are sure to put you on game, and above all else treat you like family. You’ll be put up in some of the finest accommodations that the area has to offer, and if you’re bringing the family, there is plenty of opportunity for fun outside of the hunting. The White river is nearby, and is rated as one of the best trout rivers in the country.

For any information regarding Devils Backbone Wilderness Outfitters, they can be reached in many different ways. If you’d like to experience the hunt of a lifetime, and memories you’ll never forget, drop them a message today. Email,Facebook, and phone number, all messages will be returned sooner than you think. Be on the lookout for a commercial coming soon this summer!