As a hunter, trips can get expensive.

First, you have your weapon. The weapon can be borrowed, but if you plan on hunting any longer than the first year, you might as well buy it. A gun can run you anywhere from two hundred all the way up to the high thousands. A bow starts at about the same price, but most full rigs don’t break the two thousand mark. Then you have ammunition, clothing, calls, blinds, snacks, backpacks, gas for the car, tags, licences, guide fees, and time.

Of all of these, time is the only one that somebody else cannot provide for you. It is finite, and every man and woman has a bank that eventually runs out of reserves.

In a media camp though, almost all of the other objects are provided. Provided you have the gas to get down there, there are a range of companies who want their product out there, and want it to be exposed by professionals.

Starting with the main culprits, Ray, Chance, and Joe were the ones responsible for bringing us all together.

We’ll cover Chance and Joe later, in a piece dedicated to Devil’s Backbone.

On the first night of camp, Friday, Ray gathered us together for a sponsors dinner, and a mini movie night that he had put together himself.

Among the title sponsors, we had a couple of visitors for the night.

The first was Johnny Graham, executive chef for the Governor’s Mansion and owner of Revel Catering in Jefferson City, Missouri. Johnny was the designer of the meal for the Governor’s Youth Turkey hunt put on by the Conservation Federation of Missouri. He and his wife made for great company, and from conversations after dinner it sounds like we’ll be doing some bowfishing this summer in Saint Louis.

The second guest of the night was Michelle and Wayne Johnson of Dove Creek Wagyu Cattle Company, and their daughter Lacy. While I was most hopeful to try their beef, it wasn’t in the cards. They were, however, kind enough to bring us more than a few bags of jerky. Let me tell you, this jerky was good. You could call me a jerky snob, and the name of this jerky doesn’t lie. I spent the whole night trying to pick it apart, trying to find a single thing wrong with it.

Even down to the little bit of grease left on your fingers, it tastes amazing. Spicy enough to remind you that it’s not for wimps, and so tender that it melts in your mouth. If you find bell peppers and black pepper too spicy for you, don’t eat this jerky. If you are a true, red-blooded meat eater, find this jerky, and eat it. You can find it online through the link given above, or at both Springfield, MO farmers markets.

Finally, the people that made all of this camp possible.

Mossberg shotguns provided all of the guns for this event, including the 930 Turkey, and the 835 with the Bullseye Sight system. While my hunter Tim used his PSE Bow, every gun provided was top quality, and cycles like a dream.

Coupled with the Mossberg shotguns, were Indian Creek Shooting Systems chokes. No other company has collected as many still-target records for pellets in the kill zone, and I can’t see using any other chokes for my turkey guns.

Z-Max provided all of our gun cleaning supplies for the event, their lube and bore cleaner works unlike any other. The formula absorbs into the metal, to condition the metal and prevent the oil from solidifying and gumming up the works.

Thomas Coffee provided the coffee for this weekend’s hunts. While I’m not a coffee drinker, everybody who spoke of it spoke very highly, and I’m sure to get a report on the roast when my fiance makes some here at home.

Conservation Federation of Missouri was a huge supporter of our turkey camp, and without the work they do for the progression and preservation of our hunting heritage in Missouri, I’m not sure what the future would hold.

Midwest Outdoors has been the premier resource for everything fishing, hunting and outdoors for over 30 years on television, and over 50 years in existence. Mark Strand, editor for Midwest Outdoors joined us in camp this weekend and ran camera during Bill Coopers hunt. The footage was said to be great, and I look forward to seeing it air on the Midwest Outdoors television show sometime next season!

Tony Caggiano with World Slam Adventures also played a big part in media camp. Unable to attend this year, he books quality hunts world wide, specializing in turkey all around the globe. If  you’re looking to complete the turkey grand slam, or even the world slam, give Tony a call and he’s sure to fill out your trophy room. 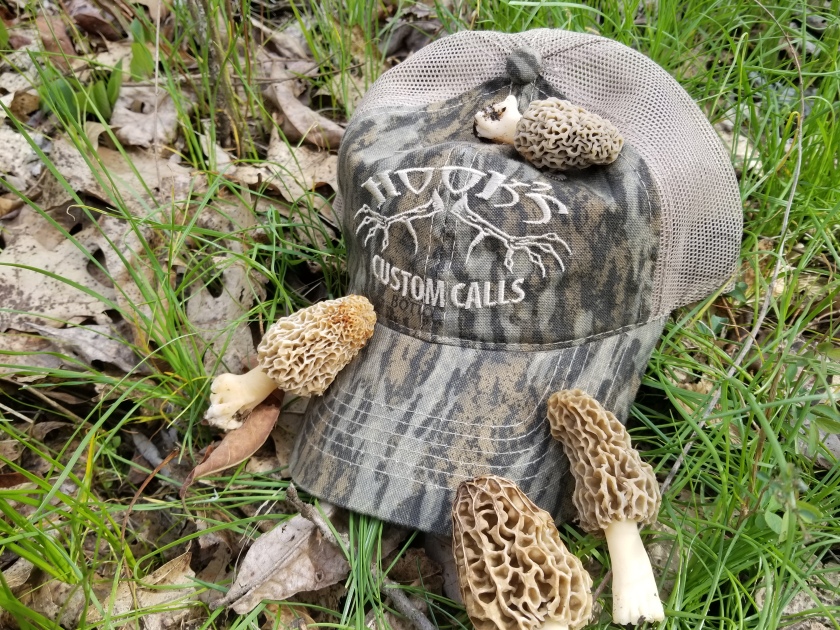 Finally, Ray Eye can be heard every week here in the Saint Louis area on 590 the fan, an AM station that airs Eye on the Outdoors, Ray’s long running and highly comical show. Ray has been hunting turkey longer than I have been alive, in more places than I could ever dream of. He’s played an intergral part in more people’s turkey hunting success than the guns they own. From calling and roosting tips, to how to hunt the different sub-species of bird, Ray knows his turkeys.